New York, located on the east coast of the United States, is famous for its frigid winters and hot summers. Due to its closure with the Atlantic Ocean, its climate is classified as ‘humid continental’, with high levels of humidity in the summer & snow and rain in the winter.

As we all know, many cannabis strains like warm, dry settings with consistent temperatures. However, this does not preclude growing marijuana plants outside in New York State – you simply need to choose the correct strain to withstand the elements.

To make things more straightforward for you; below are the seven best cannabis strains to grow in New York:

White Widow is an indica-dominant (60%) hybrid with THC levels varying from 18 to 25 percent. It was created by Green House Seeds in the early 1990s. White Widow quickly rose to prominence in the Amsterdam coffee-house scene.

The resinous buds of this strain can be used to identify it. This is one of the primary causes for the White Widow’s strength. Expect a rapid cerebral high by a sense of euphoria if you use this strain. In addition, white Widow has a powerful, sweet, and spicy fragrance with an earthy pine flavor.

Although White Widow marijuana has been helpful for users with a variety of therapeutic diseases in the past, the most well-known alleviation this restorative strain appears to bring is for people who suffer from:

When it comes to humidity, keep it at 70% during germination and in the mid to upper-60s during the vegetative phase. Once it has reached the flowering stage, decrease it by up to 5% once a week until it is in the 30-40% level.

If you choose to lengthen the flowering phase to 10 weeks rather than 8, it is critical to stress your flowers by reducing the light cycle from 12 hours every day to 8 hours. This will prevent anything severe from occurring to your plants during the two additional weeks and develop sufficient frost to give your crops the look you want.

Lamb’s Bread, also known as Lamb’s Breath, is an extremely distinctive perfume that smells of a cheesy and skunky smell that is frequently compared to the scent of new tobacco.

The Lamb’s Bread strain is almost all Sativa and provides users with a lively and cheerful high. It has pine and herb aromas and is sweet and spicy at the same time. This strain is famous for its medicinal characteristics and helps to treat glaucoma. Lamb’s Bread is also helpful in many other conditions, most notably:

Lamb’s Breath is somewhat hard to grow – thus, it is best for people with expertise and knowledge of marijuana cultivation. This crop demands a lot of space and room to branch out in all directions due to its pure Sativa pedigree. Plus, these plants themselves tend to grow rather tall and wide.

You can grow LB indoors and outdoors, as long as a suitable climate is available. This plant typically flowers in 9-10 weeks, with an outdoor harvest between mid-October and mid-November.

The origins of Northern Lights marijuana are sometimes questioned, with some claiming that the unique strain was first grown in Seattle. However, the current agreement shows that this flower originated in the Netherlands, probably after 1985.

The Northern Lights strain has a powerful perfume that quickly hits your nose, filling with the aroma of dank ganja. Yet northern lights flavor hits on multiple notes. Moreover, the Northern Lights strain has an actual capacity to inspire happiness and a lot of genuine smiling as users occasionally report light psychedelic effects that simply cast a hazy glow over the universe.

It is critical to have the proper circumstances for Northern Lights to thrive when growing outside. A mild, balmy Mediterranean climate in New York, comparable to California or Northern Africa, is perfect.

Inside conditions must be suitable. But Northern Lights grows well in either hydroponics or soil. As a bonus, the flowering period of this crop is brief, at only 7-9 weeks. This period is less than the blooming period of most other cannabis strains.

So, you’ll have the delectable cannabis you want a little sooner than with most marijuana varieties.

Sensi Seeds produced the Jack Herer cannabis strain in the Netherlands in the 1990s. It is classified as a Sativa by some and a full-fledged hybrid by others. The first notes of Jack Herer are citrusy-spicy, with orange and lemon bursts disclosing themselves through the strain’s unique fragrance mixture.

The majority of the possible medical benefits of Jack Herer marijuana fall under the psychological problem spectrum. The strain is well-known for its ability to help people suffering from:

Jack Herer marijuana is a pretty simple strain to grow, even appropriate for new growers. However, regardless of how or where you plant these seeds, make sure you have plenty of room available because Jack Herer can grow more than two meters tall.

It is possible to cultivate Jack Herer both indoors and outdoors. But outdoor cultivation necessitates the ideal atmosphere—for example, a steady supply of dry, pleasant, bright, warm weather.

Indoors with yields of roughly 18 ounces are possible. Outdoor harvests typically yield roughly 18 ounces per plant and are cut in late September to early October. Whether inside or outdoors, Jack Herer weed is famous for its remarkably short flowering time. Jack Herer’s growth ranges from 7 to 10 weeks, depending on the crop.

The Purple Kush, named one of the top ten marijuana strains by High Times in 2016, more than lives up to its colorful character. This cannabis has a flavor that is comparable to the scent, with a lovely wine-like tang.

Other than taste and fragrance, Purple Kush’s look is arguably its most notable feature. It is a brilliant all-over hue that glows with delicious pinks, purples, and reds in tones ranging from dark to light. This is often classified as a dark purple strain, and it absolutely beautiful to grow.

Hawaiian Purple Kush is a fantastic strain for treating people suffering from a range of medical ailments, including:

Furthermore, it is simple to keep Purple Kush away from dampness and rain while maintaining a consistent temperature inside. Because hydroponics indoors can occasionally result in an increase in humidity, which can damage the plants.

Soil-grown methods are probably ideal for Purple Kush. Hydroponics could work, but you need additional precautions, like an around-the-clock dehumidifier.

The flowering time of purple grass is about eight weeks, which is shorter than usual, with plants growing outdoors late. Indoor production is usually about 15 ounces, while outdoor production is slightly lower, ranging from 9 to 12 ounces per plant.

Girl Scout Cookies have been a popular selling strain for patients with all types of medical histories, ailments since medical marijuana is legal in many parts of America.

GSC, which is excellent for relaxing and clearing your mind, is still selling out in dispensaries. It is well-known for its high-quality characteristics, which keep stoners, and patients coming back for more.

GSC is an excellent option for aiding persons suffering from a variety of ailments, including:

The Girl Scout Cookies strain is another hybrid variant, with a genetic make-up of 60% indica and 40% Sativa. Its ancestors include the mega-popular Sativa strains Durban Poison and OG Kush (a hybrid). Your initial hit of GSC should be sweet but heavy, putting you through a flurry of satisfying and blissful emotions.

The flowering time for GSC is approximately 9-10 weeks, which is average compared to other strains. You can grow Girl Scout Cookies strain indoors or outdoors. However, production is only possible outdoors in the suitable climate, sun, warmth, and Mediterranean-like features.

Super Silver Haze strain is a “super” Sativa that could change your world if you have tension throughout your activities without feeling mental or physical exhaustion. It is a skillfully bred marijuana strain that has become one of the most long-term iconic crops from the 1990’s Green House Seeds strains.

Super Silver Haze has an excellent balance, with 70 percent Sativa and 30 percent indica genetics. The hint of indica keeps it stimulating without generating tension or anxiety.

The Super Silver Haze marijuana strain has citrus notes but is mostly herbaceous, sour, and earthy. In addition, this reefer’s look includes a variety of chilly tones that get more colorful at the plant’s tips.

It has a flowering cycle of about 9-11 weeks. If you opt to harvest the colas, later on, you will see a massive increase in sticky trichomes – creating an apparent silvery sheen. For outside, the harvest season is around mid to late October.

The Final Verdict On Cannabis Strains For New York

Growing marijuana in New York is a pretty simple process. First, you must consider humidity and rain endurance. Moreover, choose fast-flowering strains. The most significant strain in New York should end by September. This allows you to avoid the frost.

Of course, your favorite strain may be more challenging to cultivate in the state. However, your growth should always be based on your tastes for flavor and high – because that is ultimately what you want! 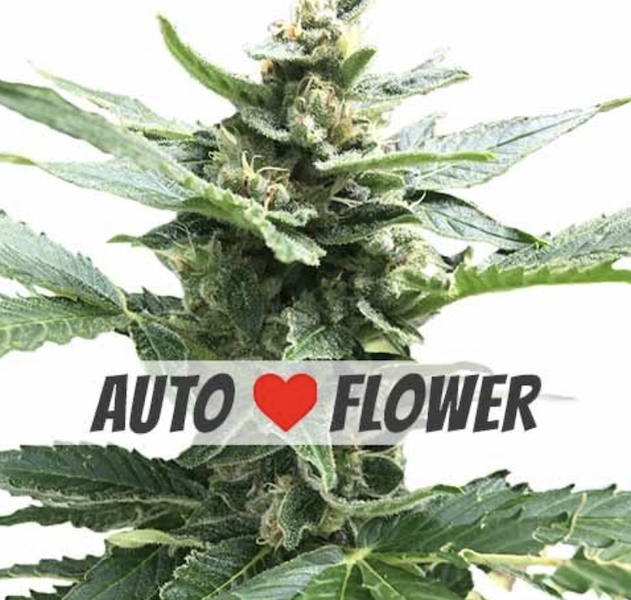 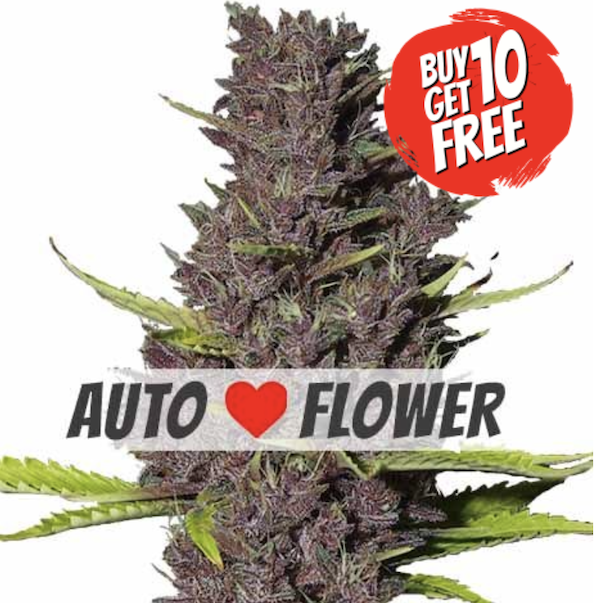